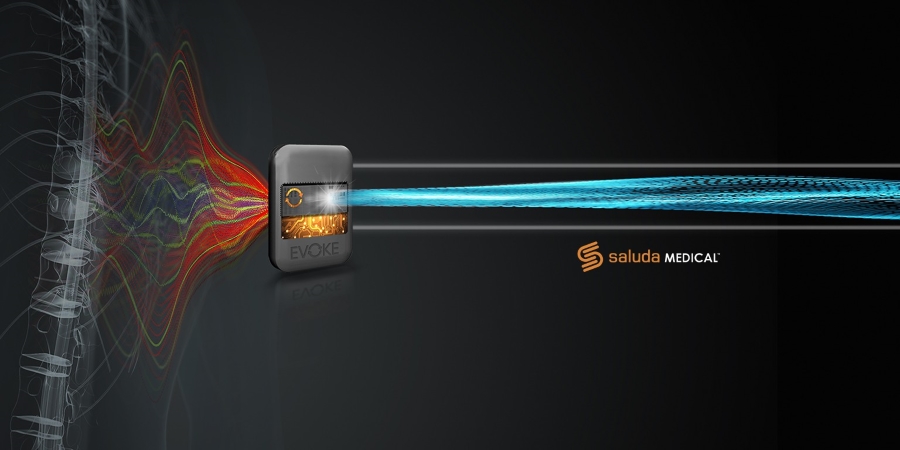 Sometimes there’s a perception that people with experience in large businesses won’t be able to make the switch to a start-up, or won’t have as much to offer. Time and time again I’ve seen evidence to the contrary. In fact, people with this kind of experience, particularly in a linked field or industry, can be best placed to make this transition.

For the final blog of the year, I spoke with Greg Plamondon, who’s CFO at Saluda Medical, to talk about his journey. He explains the unique skills he was able to bring following 15 years at Cochlear, as well as what he now looks for when hiring.

Where do you work?

I work for a medical device company called Saluda Medical. We’re a privately held Australian start-up that has developed an implantable neuromodulation-device. Neuromodulation is the electrical stimulation of a targeted nerve (or set of nerves) in the body for therapeutic benefit – our first application is a spinal cord stimulation device for the treatment of chronic neuropathic pain.

How did you get into this line of work?

I spent 15 years at Cochlear in a variety of finance and operation roles in both Sydney and the US, including a 6-year stint in Denver. My family and I were in the process of relocating back to Sydney and I was approached by the CEO (and founder) of Saluda. We started a conversation and I eventually decided to take the opportunity to do something I hadn’t done before – work for a start-up.

When I joined in 2014 we were about 20 people and things were in very early stages. It was a big change from a large established company like Cochlear to a small start-up like Saluda. Now we’re about 180 people and growing quickly, just starting off on our commercial journey.

How did you evaluate the potential risks and benefits of this switch?

It was a really tough one. Cochlear is an amazing company for which I have a great degree of respect, admiration and gratefulness towards. Particularly for what I’ve been able to learn and how I’ve been able to develop in my career.

I guess it was a good time in my (and my family’s) life where we could take a risk and try something different. I knew that if it didn’t work out I’d at least have the learning experience behind me.

I also had this view that it would be good to start with a blank canvas to create and influence an organisation. So I could take what worked well in previous roles, as well as what didn’t, to help build the company. That was an attraction to me.

That was my thought process, but it was a very hard call. Especially because I enjoyed my time at Cochlear and still have a strong affinity towards the company.

How were you uniquely positioned to bring expertise?

I’d seen how a large company does things at scale. So I could bring things back to basics to see what’s fit for purpose for a smaller start-up, but at the same time I tried to think two or three steps ahead to where we would need to be at scale. You don’t want to constantly be reintroducing processes down the line. You want to build and establish process that the company is going to be able to grow into. So you have to ask questions like:

If you can anticipate some of these answers you can invest in processes and systems that will accommodate those needs, as well as obviously accommodate the size you’re at now.

I also had a strong network of great people, both where I used to work and also people I worked with in areas like tax, accounting and legal. That’s been really helpful.

What would you say the biggest challenges of switching to a start-up are?

It’s a lot more hands on and there is a lot more breadth to your role. You’re going to be doing things you probably haven’t done since early on in your career because there’s no one else to do them, as well as things you haven’t had experience with. In those first 2-3 years I was setting up monthly reporting, hiring a small marketing agency and reviewing wireframes for a new website while also meeting with the FDA to go through regulatory matters.

Some of that stuff you’ve got no experience in so you’ve got to rely on what you know and also try to use common sense. That was challenging and really fun as well. It obviously broadens your skillset and makes you more rounded.

Now that’s changed as we’ve hired people who have specialised skills to look after things like marketing and regulation and IT. So you step back again to some extent, but it’s with the benefit of having had that deep exposure into those functions that you otherwise wouldn’t have had.

What do you look for in people coming to fill these roles?

Finding people that are willing to take the risk of going into a start-up can be tough – especially if they’re in good positions at well-established companies. Fortunately we’ve been successful in finding really good people more often than not, but it’s more of a challenge to find these people because in the early stages you don’t have the brand or necessarily the promise of the future.

You may need to let the people you’re hiring know they may be taking a step back so they can eventually take 3 steps forward. So they are going to have to get in, get their hands dirty and be active in areas where they currently have teams of people who do these things

I believe you always hire for character.  The other thing you want is resilience. Setbacks in start-ups are a lot more impactful than in larger organisations. In the extreme, a setback can mean the death of a start-up. So you need people who can deal with setbacks and tough news, see their way through it and keep going.

Lastly, you want the ability to go deep and also go broad in a role. Most people are excited about that opportunity to get exposure to different areas of the business, but it won’t be for everyone.

If you would like to have a confidential discussion about strategies to find and hire the right people who are ready to make this switch, contact Phil Davis, Managing Director, Q Consulting Group at 0404 803 609 or phil.davis@qconsultinggroup.com.au