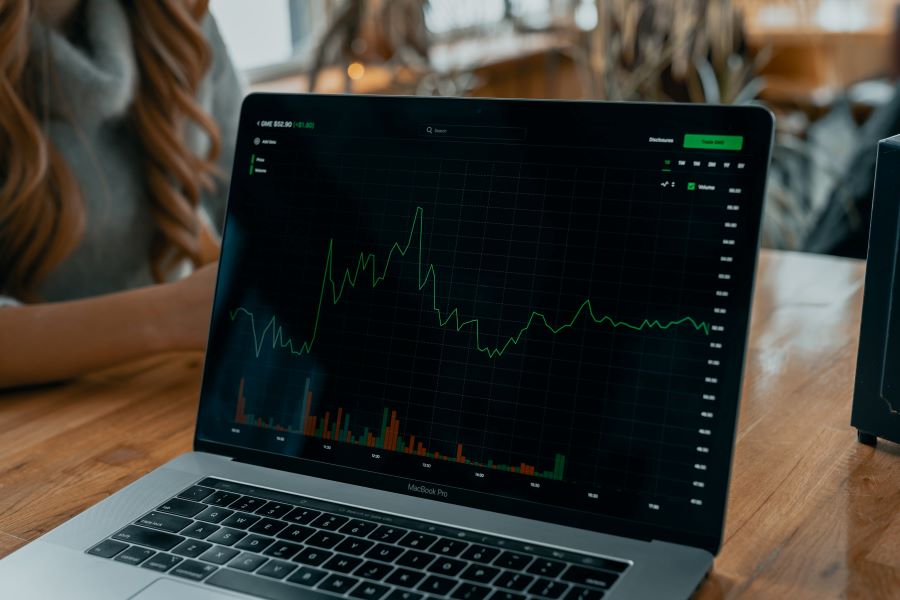 As you’ll already know, we recently marked the 1-year anniversary of the World Health Organisation recognising Covid-19 as a pandemic. There’s been a lot of conversation about how much the world has changed in this time, but I thought it would also be a useful time to reflect on what’s happened to the Australian economy and consider what the future holds.

I remember in March 2020, everyone stopped hiring immediately. I had several assignments at the time and they all phoned me up within the same week to say things were on hold. All the same businesses – to the same week again – came back in July and said they were back in business – they couldn’t survive without that person they were looking to hire anymore.

Flash forward to March 2021, I’m listening to the business news and the commentators say business confidence is at a 10-year high and business investment is at a 30-year low. This resonated with me because I’m seeing it play out in real time.

A lot has changed in 12 months and we’re not completely free from the economic impacts of Covid-19. Here’s a quick look at two of the key themes I’ve noticed, as well as what could be to come.

We often hear that the areas of town that have been hit badly are tourism, leisure, higher education and hospitality. But it’s a bit more nuanced than that. Some businesses in the same sector have had a very different 12 months.

I interviewed the CFO of a high-end restaurant chain the other day. They had more than 2,000 staff and when Covid-19 hit they stood almost everyone down – only retaining 20 staff. Of those that got stood down, two-thirds were not eligible for JobKeeper because they were on visas. The restaurant chain re-opened in July and have rebuilt, now they’re back up to about 80% of their pre-pandemic staff numbers. On the other hand, fast food chains like Hungry Jack’s had a record year to 30 June 2020 – through the height of the pandemic in Australia – because while their dine-in trade was adversely affected, they quickly built more drive-throughs and increased home delivery.

Other companies have done really well in the last 12 months, an obvious example is Booktopia. For the majority of last year, people stayed at home and ordered books online so for the 6 months to December 2020 Booktopia’s revenue was up 60% and profit up 500%. There are less obvious examples too – I was talking to a company recently that manufactures building products including plastic pipes. They’ve found that rather than go on holiday, everyone is fixing their guttering and plumbing. So all of a sudden plastic pipe sales have gone up by 30% because of Covid-19.

As I’ve talked about in previous articles, the rate at which technology continues to advance is astonishing. Covid-19 has only increased this. Things that I thought could take a few years to become the norm – like shifting to working from home more regularly – only took businesses and employees a few weeks. Technology has become important everywhere and the reality is that it’s still moving so quickly that any business that doesn’t invest in technology is going to get left behind very quickly.

Ideas that are seemingly close to science fiction can very quickly become everyday technology. For example, Elon Musk and one of the big tech companies are exploring technology that is thought controlled. Today we think that’s a bit crazy, but in 2 years’ time it may well be happening. Brain-Computer Interface (BCI) is already being explored in many fields of medicine.

Changes may come at an industry level as well. Yesterday I was talking to someone about blockchain and how it could potentially do away with the banking system once they get it right. There are tens of thousands of people exploring and investing in blockchain, as well as universities and big tech companies spending huge amounts of time and money to get ahead of the curve. Their theory (or perhaps goal) is that sooner or later, the banking system, as the middleman, could disappear. These banks have been around for hundreds of years, but give it 10 or so years and they could be gone.

The technology is here and the money is ready. The OECD recently upgraded their forecast for Australia’s economic rebound to ‘faster than expected’. Their report projected national real GDP to expand by 4.5 per cent – 1.3 per cent higher than previously predicted.

So we have a 10-year high in confidence and solid projections for growth – we’re close to the tipping point where we’ll start to see action. Soon the rate of deals will be increased, as will investment because businesses have got to build. Where there’s good tech and bright young people who are nimble and versatile, there’ll be old-school money that wants to get a better return – particularly in this low-interest rate environment. When that money starts to flow through to operational growth, that’s when we’ll see the race for talent return once again.

A good analogy is the housing market – interest rates are low and people have a fear of missing out. Demand is high and prices are again on the rise. The demand for talent is heading in the same direction. It’s not apples versus apples because they’re different things, but from a confidence meets action point of view they have similarities.

So we’re at a critical point where businesses can dive in and get a head start – turning this confidence into action. I think that investment in people and technology is going to be what separates those businesses and organisations that accelerate out of Covid-19 and those that don’t.

If you would like to have a confidential discussion about identifying and sourcing high performance talent to drive your business forward, contact Phil Davis, Managing Director, Q Consulting Group on 0404 803 609 or at phil.davis@qconsultinggroup.com.au