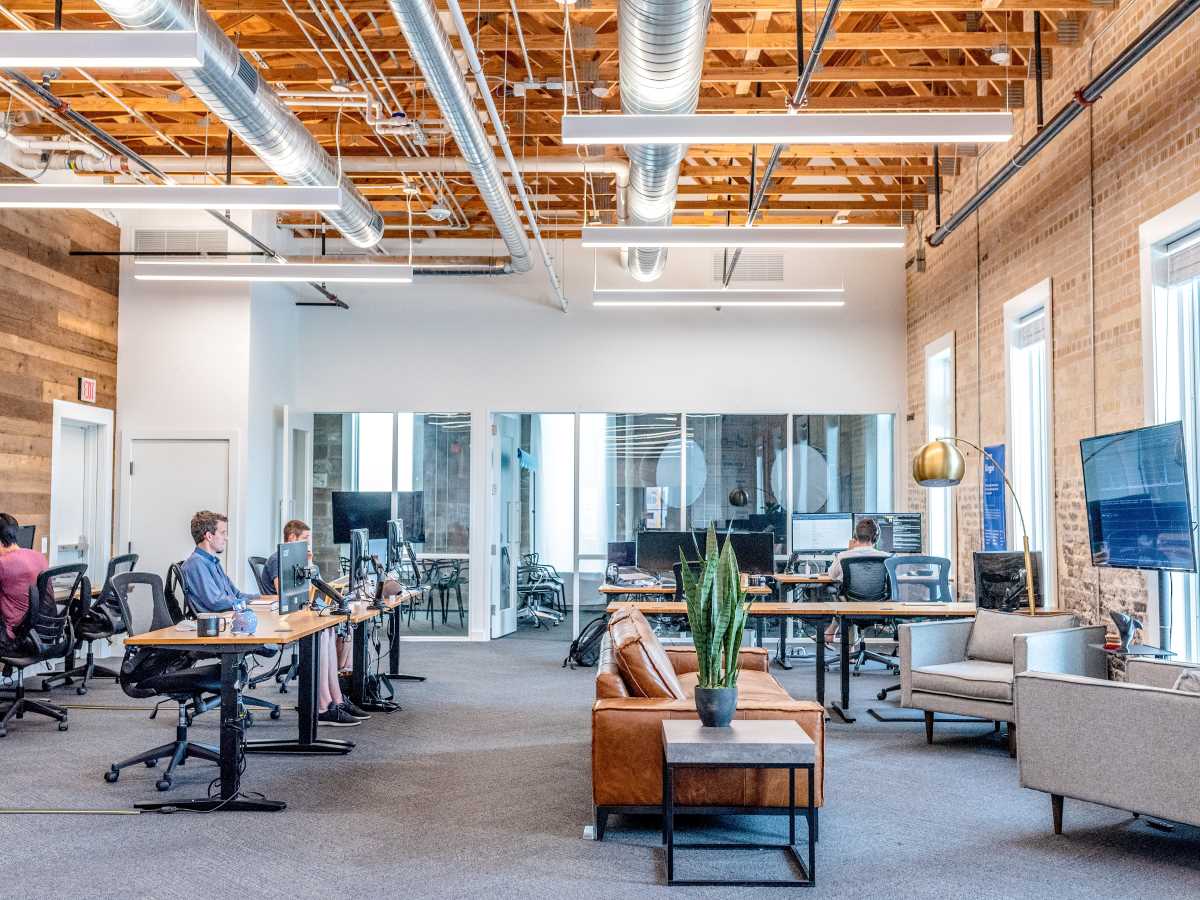 At a time when a lot of people are looking for job security, it may seem counter intuitive that some are moving from large corporations to join tech-focused start-ups. But as we’ve seen in the last few months, the world is changing and the value of some tech companies (hard to believe now, but once small start-ups) has soared.

I thought it would be interesting to share a conversation with John Plummer. He’s made the switch to the world of tech, focusing in one of the most advanced areas – quantum cyber security. John talks about the rewarding parts of making this change, as well as the challenges.

Where do you work?

I work for QuintessenceLabs, also known as QLabs. It’s a quantum cyber security business based in Canberra, seeded by research from the Australian National University about 12 years ago.

We solve some of the most challenging cyber security problems, while preparing governments and organisations for the quantum computing threat to cyber security in the future.

What’s your role at QLabs?

I’m the Chief Financial Officer and Company Secretary. It’s a pretty broad role and it can be quite hands on at times. My role has been focused on lifting the level of compliance and the technical capability in the finance team.

Before joining QLabs I worked at Lion, which used to be called Lion Nathan. Prior to this I spent nearly 7 years at Cochlear. I also worked at Vodafone as they merged with 3 Mobile.

Can you explain a bit more about what quantum cyber security is?

Quantum cyber security is a portfolio of technologies that enable organisations to maintain a strong cyber security position against a quantum computer enabled threat. A key element of this is generating true random numbers. These are essential building blocks for robust cyber security. At the moment random numbers are generated through algorithms, the problem with this is they can be reverse engineered.

There was actually a story last year about a group of Russians going to Las Vegas, sitting in casinos and recording the spin results of some slot machines. They took that data back to Russia and a mathematician reverse engineered the algorithm being used. They used that knowledge to return to the casino and place small bets until they knew it would be a winning bet and then they’d place a maximum bet.

Quantum physics offers a solution to this problem by using the truly random characteristic of nature to generate high quality random numbers. There’s no way of predicting what the number is going to be, so unlike using an algorithm it’s secure. The challenge is how fast you can generate the numbers. Currently QLabs is one of the leaders globally, generating 1 billion random numbers a second.

How has this space changed in the last few years?

It’s become far more topical, particularly with governments in the US and Australia. There’s also the work that China is doing, trying to generate their own quantum cyber platform. We are seeing governments and corporations around the world engaging in quantum cyber security in anticipation of quantum computing becoming a commercial reality.

In addition, due to coronavirus, we’re anticipating a change to how we’ve all traditionally worked. We’re not expecting people to go back to the office full time. Many companies weren’t ready for most of their workforce to be working remotely and they’re relying upon the security of people’s home networks – these can be poor and easily compromised. So we’ve started generating a new product that secures end user data outside the traditional workforce model.

And what motivated you to make the switch to QLabs?

I really enjoy the technology space and a pure technology play was not something in my background. I saw this as the next frontier, an opportunity to join an industry and a prominent Australian organisation before quantum cyber security becomes mainstream.

It was also an opportunity to shape the strategic direction of the business – this means working with venture capital organisations, the Board and the CEO. It’s going to be exciting as I expect we’ll go through a transaction at some point, either a buy out or an IPO. These opportunities are quite unique, so that was the compelling part for me.

It’s been quite refreshing. It’s been advantageous and a little bit challenging to bring that big corporate focus around ‘what good looks like’. My focus has been on the compliance space, working through things like segregation of duties, as well as financial practices and processes, without introducing large amounts of administrative overhead.

It’s about upskilling and developing in a way that doesn’t add an administrative burden – like you would see in a large organisation. It’s been nice to get some quick wins around some of manual processes. In a small organisation you can get things done quite quickly, it’s agile.

The flip side is, in some of the other organisations I’ve worked for when consulting, it can be hard to convince the leaders of certain changes. Having started a business from scratch, rational and logical commercial decisions can be influenced by other factors such as personal bias and cultural values.

I find working in the start-up space very rewarding, but like all roles it’s not without its challenges.

What would be your advice for people thinking about making this kind of switch?

It depends on your personal risk profile, where you are in your own personal development and what you’re looking to achieve in the future. Large organisations typically offer security and if you’re not looking to take a financial and career risk around a venture that may or may not work, then a large organisation can be a really rewarding place to work.

For me, QLabs was an opportunity to refresh my thinking and a new challenge after decades in large corporate environments. There’s no doubt there’s an adjustment required when you come from a big corporate – there’s not the same infrastructure, or quite as many people across different functions. You’ll have to jump in and be hands on.

So it depends on your mindset – whether that’s something you don’t really care about, or something you do not really want to do. I’ve really enjoyed it, but it’s really dependent on the individual. One day you’ll be approving payroll and the next day you’re sitting on a Zoom call with venture capitalists in the US and talking about market strategy. It’s a broad mandate, so you’ve got to want that, not get too hung up on certain things and be able to go outside your comfort zone.

If you’d like to have a confidential discussion about how to find the right people from large organisations who are looking to make this kind of switch, contact Phil Davis, Managing Director, Q Consulting Group 0404 803 609 or phil.davis@qconsultinggroup.com.au